The possibilities for characterising a song are much wider than we’ve been led to believe, as Diana shows in an ‘Ave Maria’ cycle from cradle to grave. 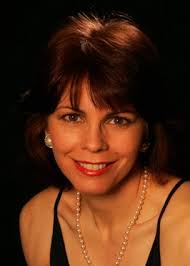 Diana’s career as a singer began in Canada where she was the Founding Artistic Director of Ottawaʼs Opera Lyra. She moved to Europe to pursue a solo career and was based in German opera houses. Subsequently her work has taken her across Europe, North America and to the Far East. Her Mozart roles include: Susannah (Le Nozze de Figaro), Blonde (Die Entfuhrung aus dem Serail), Zerlina (Don Giovanni) and the Queen of the Night (Die Zauberflöte) which she has sung in Vienna, Paris and Berlin. Other leading roles include Zerbinetta (Ariadne auf Naxos), Gilda (Rigoletto) and the title roles in The Merry Widow and The Cunning Vixen. She has appeared as a soloist with leading orchestras, has recorded solo CDs and broadcasts for radio and television, and continues to perform in Europe (including the UK) and North America. Recently, Diana has expanded her work to include research into expressive vocal gestures. She is enrolled in a creative practice PhD at the University of Edinburgh. Her practice-based research underpins challenging re-explorations of standard repertoire, particularly Mozart opera roles and Schubert lieder.

Diana joined in some of the earliest workshops run by Daniel Leech-Wilkinson and Mine Doğantan-Dack, aiming to explore the possibilities for giving favourite classical scores new characters, and testing what a score can mean while still making persuasive musical sense. In a striking early experiment, the usual modern tempi for the first movement of Beethoven’s Moonlight sonata and Schubert’s ‘Erlkönig’ were exchanged, shedding new light on each.

The Beethoven works surprisingly well as a storm (we recommend you try it!). ‘Erlkönig’, performed slowly, is altogether more alarming. This is a song that has become so familiar that it has lost much of its horror. It is, after all, a song about child abduction, a subject that perhaps fills us today with even more dread than audiences in Schubert’s time. And yet, it has become a staple of manly Lieder singing: strong, effective, but hardly horrifying.

Diana’s performance (rerecorded here in 2019 with Shelley Katz), stretched out over ten minutes, made it cumulatively terrifying. That, as much as anything in those early workshops, persuaded us that there were very real possibilities for making scores newly relevant through transgressive performances, challenging the comfortable middle-class entertainment that classical music has largely become.

Since then, in collaboration with pianist Shelley Katz, Diana has developed a new set of Schubert readings, starting from the score of ‘Ave Maria’ and systematically varying the parameters of each performance in order to represent different stages of the protagonist’s life from childhood to old age. Each was shaped by a metaphor, representing a state of mind, which acts as a heuristic—a quick means of conceptualising and actualising what would otherwise be impossibly complex combinations of technical moves. In the analyses below Diana has identified these technical moves but has held back the driving metaphor, as she is interested to discover how listeners characterise each version themselves. Do post your suggestions…

Many questions follow. How far can singers adapt their technique in the interests of characterisation? What interpretative possibilities might be opened up? What might be the benefits for singers themselves?

Diana welcomes feedback on these performances, ideally starting from this post which asks about the images each performance seems to evoke.